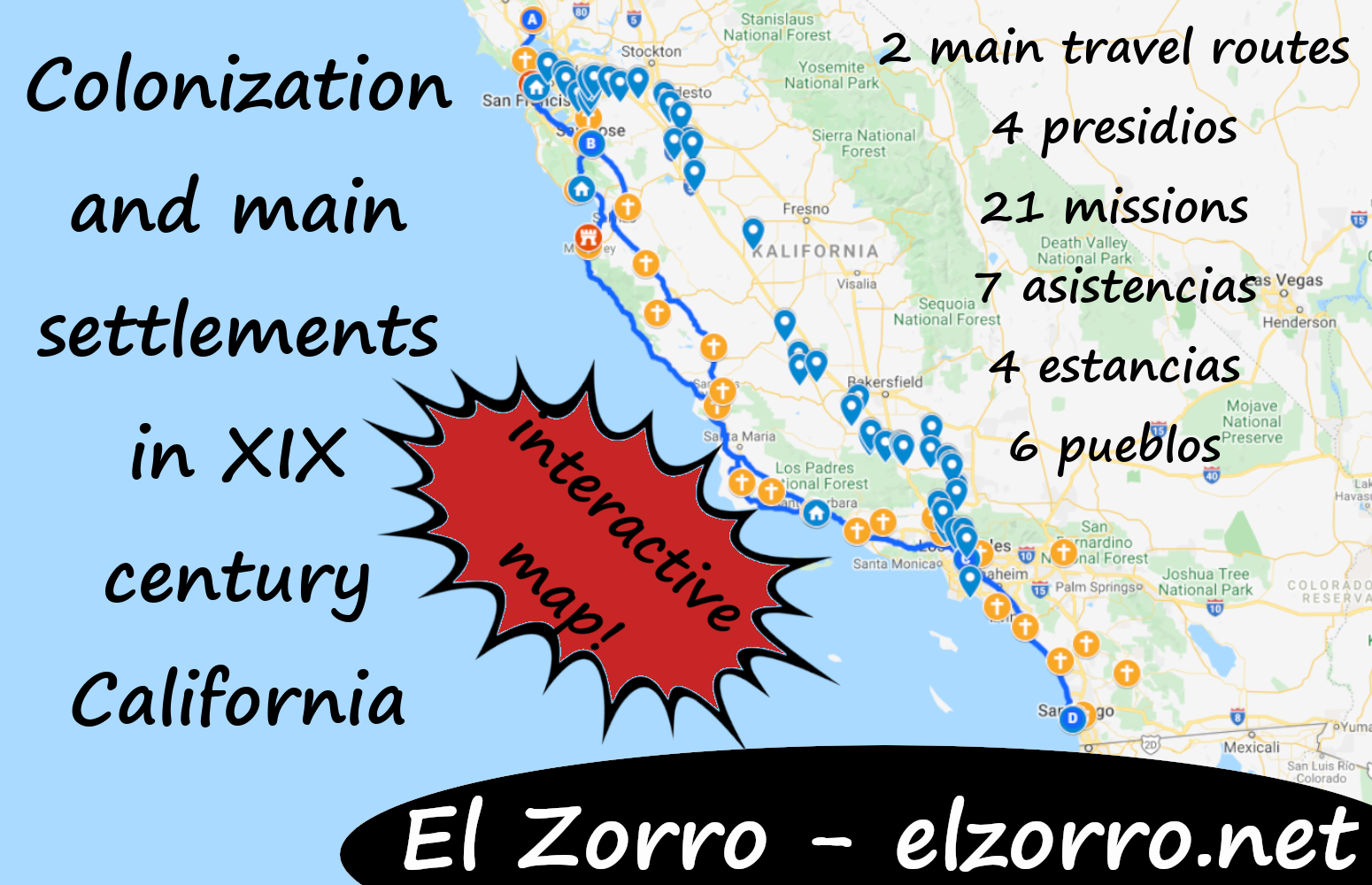 We all know how frustrating research can be sometimes, especially when the story is so clear in one’s head, but you have a thousand doubts about minor details. In order to put an end to that particular sort of ordeal, please find below a list of minor things which might help, divided into categories.

In terms of historical context, for reasons of relevance, the data refers mainly (although not exclusively) to the period between 1815 and 1825.

Please note that all information below has been gathered from online public sources.

Located at the extreme limits of exploration and trade from Spain, the first Europeans to explore California were the members of the Spanish expedition led by Portuguese captain Juan Rodríguez Cabrillo, which entered San Diego Bay on September 28th, 1542, and reached as far north as San Miguel Island.

Claimed by Spain, the territory was initially referred to as ‘Las Californias’ since it was believed at the time to be formed by a series of islands.

Occupied by Indigenous populations living in groups of extended families of 100-150 before the Spanish claimed it, California remained mainly unsettled and unexplored for the next 234 years.

The first presidios and missions in Alta California (current US state of California) – those of San Diego and Monterey – were established at the order of the Spanish King Carlos III (who ruled between 1759 and 1788), in response to Russian Empress Ekaterina the Great’s plan to colonize California, as well as the British threat to lay claim to the territory.

In 1804 California was divided into Alta and Baja California, both provinces of New Spain (which in 1821 became Mexico).

They were founded by the Franciscans, all of them Roman Catholic.

Their main workforce was constituted by neophytes and their lands were considered to belong to the natives but were later mostly confiscated by the Mexicans after the mission system was abolished.

Some of the missions and asistencias were in their early days the scene of revolts and attacks by the natives, incidences of torture and executions, epidemics which decimated the number of those living there, and many of the priests were known for their abuses against the converts.

The number of neophytes living at the missions (or, more precisely, in nearby villages) many times surpassed 1000 people at the time. By comparison, LA’s population in 1820 was, officially, around 300 people.

They were usually consisting of a house and stables, but also benefiting from a chapel aimed at converting natives to Christianity

The list below includes all missions, asistencias and estancias known to have existed at the time, listed from north to south:

They were mostly referred to as towns, although their population barely reached between 100 and 400 people in 1820 (listed below from north to south).

With a view to facilitate travel on land, the 600 mile-long (970 km) Camino Real (en. Royal Road) was built. For the same purpose, the Mission settlements were situated about 30 miles (48 km) apart along the Camino Real, a distance which constituted about a day’s ride on horseback.

As an alternative to Camino Real, El Camino Viejo a Los Angeles/ Old Spanish Trail to Los Angeles united the mentioned pueblo to San Francisco in the north, and was the oldest north-south trail in the interior of California, used between 1769-1848.

It ran from San Pedro Bay, over the Tejon Pass and the eastern slopes of the coastal range, splitting at Solo Springs. The eastern bypass went along the Laguna de Tache (now Tulare Lake), north to the San Joaquin River, then again merged with the western trail at Arroyo de Panoche Grande. The western trail went past Avenal and east of Coalinga. After the two routes rejoined, the trail continued through Valle de San Jose and the nearby passes, ending at the strait of San Francisco Bay.

By 1820 the Camino Viejo was mainly used by Native Americans, vaqueros driving herds of cattle and horses, trappers and prospectors. It was also a favourite spot for bandits, cattle and horse thieves to attack, taking advantage of the isolation along the road and the fact that the Royal (and, later, Mexican) armed forces concentrated their efforts along El Camino Real.

Joaquin Murietta, Tiburcio Vasquez, and Procopio (who all partly inspired the creation of the character Zorro, although, as Mexicans, they had not fought against Spain but against the injustices committed by the Americans against the Mexicans in California after the annexation), also mainly operated around the Camino Viejo.

Click here for Google Earth visualisation (pins are as close as possible near original locations): https://earth.google.com/earth/d/16SszLFBK_pwVxdeDS4KjXkknpeUZbmvk?usp=sharing or try Google Maps:

One thought on “Colonization and main settlements in XIX century California”