Picking himself up out of the dust before Don Diego Vega’s door, Captain Ramón darted through the darkness to the footpath that ran up the slope toward the presidio.

His blood was aflame with rage, his face was purple with wrath. There remained at the presidio no more than half a dozen soldiers, for the greater part of the garrison had gone with Sergeant Gonzales, and of these half dozen four were on the sick list and two were necessary as guards.

So Captain Ramón could not send men down to the Vega house in an effort to effect a capture of the highwayman; moreover, he decided that Señor Zorro would not remain there more than a few minutes, but would mount his horse and ride away, for the highwayman had a name for not resting long in one place.

Besides, Captain Ramón had no wish to let it become known that this Señor Zorro had met him a second time, and had treated him much like a peon. Could he give out the information that he had insulted a señorita, and that Señor Zorro had punished him because of it; that Señor Zorro had caused him to get down upon his knees and apologize, and then had kicked him through the front door like a dog?

The captain decided it were better to say nothing of the occurrence. He supposed that Señorita Lolita would tell her parents, and that the despensero would give testimony, but he doubted whether Don Carlos would do anything about it. Don Carlos would think twice before affronting an officer of the army, being the recipient already of the governor’s frowns. Ramón only hoped that Don Diego would not learn much of the happening, for if a Vega raised hand against him, the captain would have difficulty maintaining his position.

Pacing the floor of his office, Captain Ramón allowed his wrath to grow, and thought on these things and many others. He had kept abreast of the times, and he knew that the governor and the men about him were sorely in need of more funds to waste in riotous living. They had plucked those men of wealth against whom there was the faintest breath of suspicion, and they would welcome a new victim.

Might not the captain suggest one, and at the same time strengthen his own position with the governor? Would the captain dare hint that perhaps the Vega family was wavering in its loyalty to the governor?

At least he could do one thing, he decided. He could have his revenge for the flouting the daughter of Don Carlos Pulido had given him.

Captain Ramón grinned despite his wrath as the thought came to him. He called for writing materials, and informed one of his well men that he should prepare for a journey, being about to be named for a courier’s job.

Ramón paced the floor for some minutes more, thinking on the matter and trying to decide just how to word the epistle he intended writing. And finally he sat down before the long table, and addressed his message to his excellency the governor, at his mansion in San Francisco de Asis.

This is what he wrote:

Your intelligences regarding this highwayman, Señor Zorro, as he is known, have come to hand. I regret that I am unable at this writing to report the rogue’s capture, but I trust that you will be lenient with me in the matter, since circumstances are somewhat unusual.

I have the greater part of my force in pursuit of the fellow, with orders to get him in person or to fetch me his corpse. But this Señor Zorro does not fight alone. He is being given succor at certain places in the neighborhood, allowed to remain in hiding when necessary, given food and drink, and, no doubt, fresh horses.

Within the past day he visited the hacienda of Don Carlos Pulido, a caballero known to be hostile to your excellency. I sent men there, and went myself. While my soldiers took up his trail the man came from a closet in the living-room at Don Carlos&#8217;s house and attacked me treacherously. He wounded me in the right shoulder, but I fought him off until he became frightened and dashed away, making his escape. I may mention that I was hindered somewhat by this Don Carlos in pursuing the man. Also, when I arrived at the hacienda, indications were that the man had been eating his evening meal there.

The Pulido hacienda is an excellent place for such a man to hide, being somewhat off the main highway. I fear that Señor Zorro makes it his headquarters when he is in this vicinity; and I await your instructions in the matter. I may add that Don Carlos scarcely treated me with respect while I was in his presence, and that his daughter, the Señorita Lolita, scarcely could keep from showing her admiration of this highwayman and from sneering at the efforts of the soldiery to capture him.

There are also indications of a famous and wealthy family of this neighborhood wavering in loyalty to your excellency, but you will appreciate the fact that I cannot write of such a thing in a missive sent you by courier.

Ramón grinned again as he finished the letter. That last paragraph, he knew, would get the governor guessing. The Vega family was about the only famous and wealthy one that would fit the description. As for the Pulidos, Captain Ramón imagined what would happen to them. The governor would not hesitate to deal out punishment, and perhaps the Señorita Lolita would find herself without protection, and in no position to reject the advances of a captain of the army.

Now Ramón addressed himself to the task of making a second copy of the letter, intending to send one by his courier and preserve the other for his files, in case something came up and he wished to refer to it.

Having finished the copy, he folded the original and sealed it, carried it to the soldiers&#8217; lounging-room, and gave it to the man he had selected as courier. The soldier saluted, hurried out to his horse, and rode furiously toward the north, toward San Fernando and Santa Barbara, and on to San Francisco de Asis, with the orders ringing in his ears that he should make all haste and get a change of horses at every mission and pueblo in the name of his excellency.

Ramón returned to his office and poured out a measure of wine, and began reading over the copy of the letter. He half wished that he had made it stronger, yet he knew that it were better to make it mild, for then the governor would not think he was exaggerating.

He stopped reading now and then to curse the name of Señor Zorro, and frequently he reflected on the beauty and grace of the Señorita Lolita, and told himself she should be punished for the manner in which she had treated him.

He supposed that Señor Zorro was miles away by this time, and putting more miles between himself and Reina de Los Angeles; but he was mistaken in that. For the Curse of Capistrano, as the soldiers called him, had not hurried away after leaving the house of Don Diego Vega. 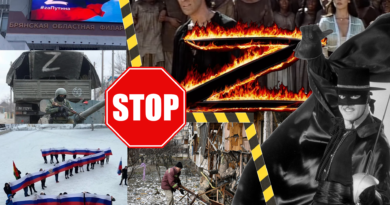 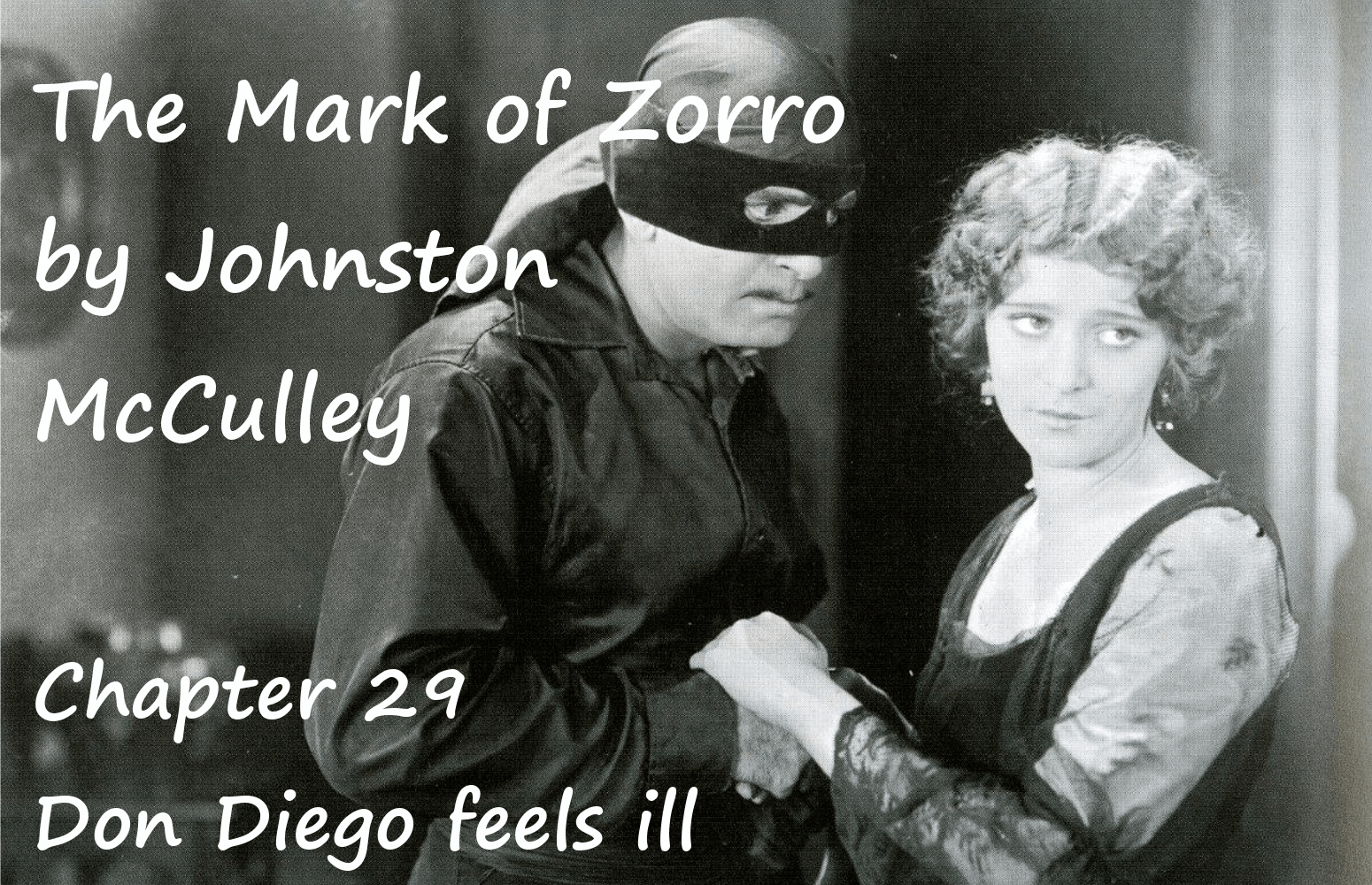 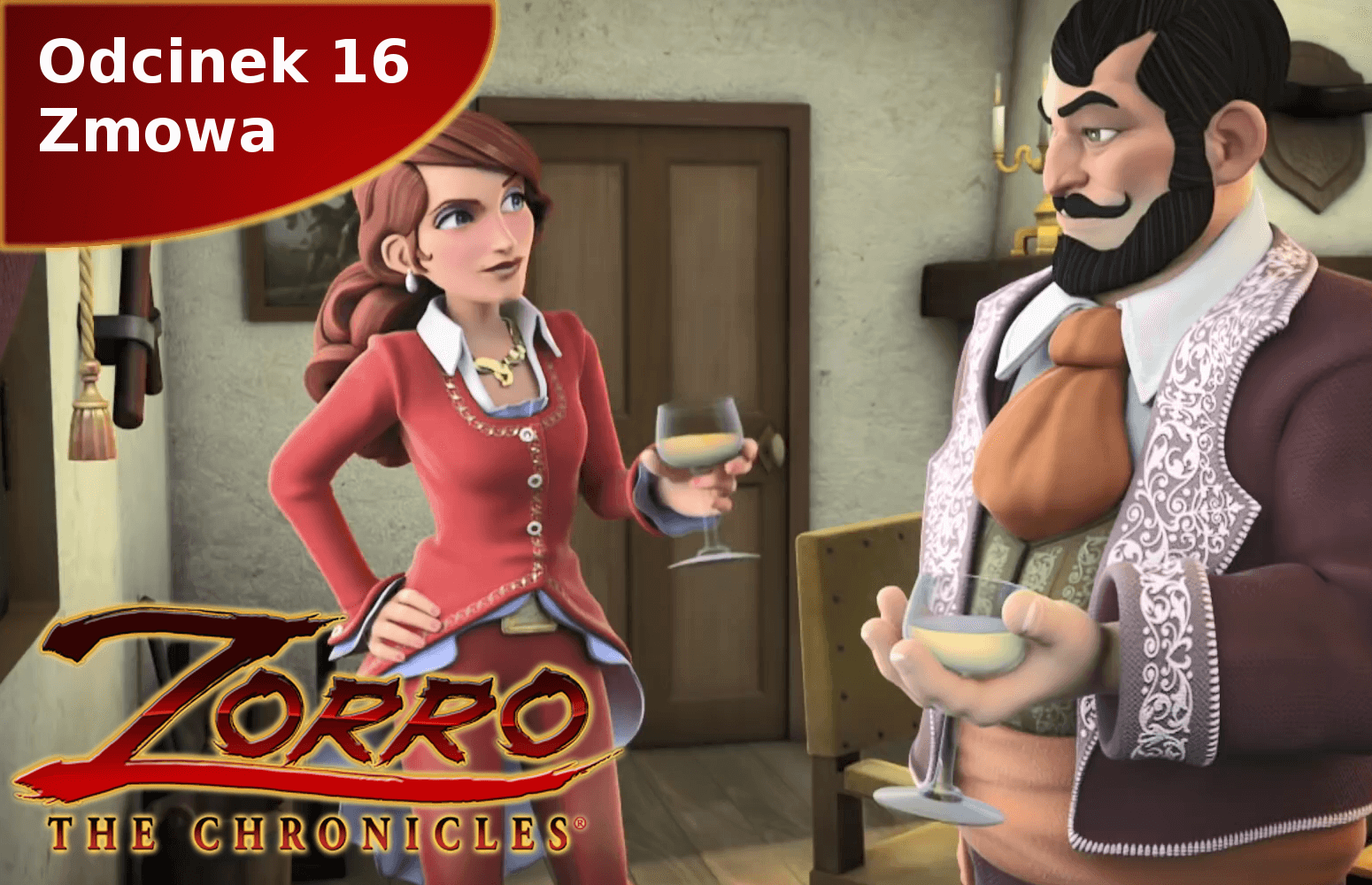